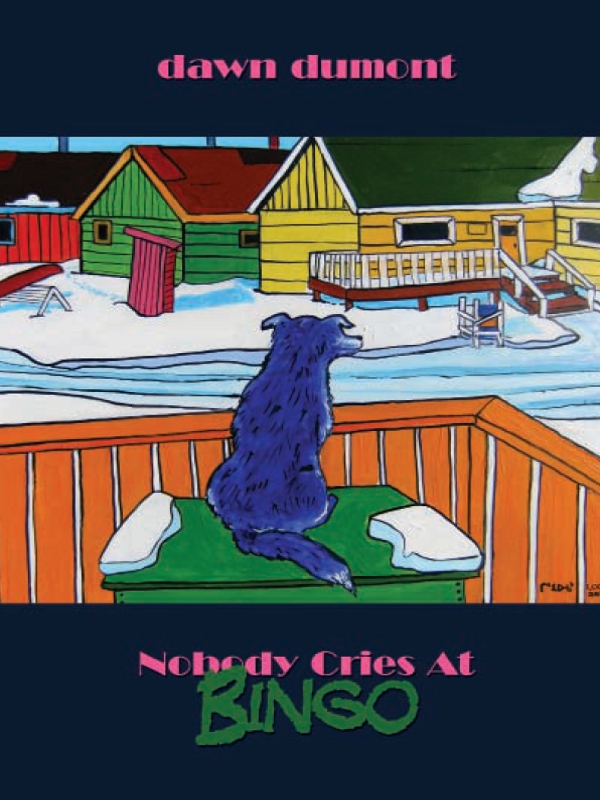 Nobody Cries at Bingo

Author and narrator Dawn Dumont paints a picture which goes beyond many cultural stereotypes. She talks about drinking and bingo and the toughness needed to deal with bullying by the other natives and also by her white peers. Readers see reserves in both Manitoba and Saskatchewan from the native point of view. There is a sense of how distanced these are, both literally and figuratively, from non-natives; yet, at the same time Dumont reveals how close-knit many families are, and she shows her readers that, despite cultural differences, natives and whites are really quite similar. Dawn has the same dreams, problems and aspirations as any other teenage girl. Dumont's book is something between a novel and a memoir since the author was born and raised on the Okanese First Nation in Saskatchewan. As in any novel, each chapter adds to readers' understanding of the main characters, and yet each chapter can stand on its own as a short essay. Readers will appreciate Dumont's dry sense of humour throughout since Dumont undoubtedly 'tells it like it is' but always with her own brand of somewhat impertinent humour. In a classroom or book club setting, Nobody Cries at Bingo would be an excellent springboard for a discussion about a wide variety of native issues and what can be done to promote understanding between natives and non-natives. Dumont's book approaches the issues in a manner which is both straightforward and humorous and perhaps suggests this is a good way for all of us to begin such a conversation.