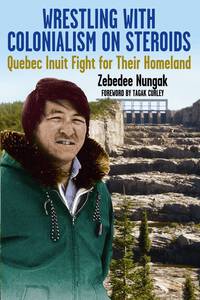 Wrestling with Colonialism on Steroids

For decades, the Inuit of northern Québec were among the most neglected people in Canada. It took The Battle of James Bay, 1971-1975, for the governments in Québec City and Ottawa to wake up to the disgrace.

In this concise, lively account, Zebedee Nungak relates the inside story of how the young Inuit and Cree "Davids" took action when Québec began construction on the giant James Bay hydro project. They fought in court and at the negotiation table for an accord that effectively became Canada's first land-claims agreement. Nungak's account is accompanied by his essays on Nunavik history. Together they provide a fascinating insight into a virtually unknown chapter of Canadian history.